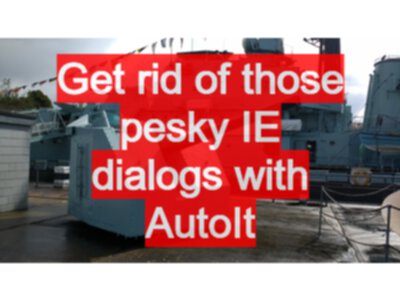 Get rid of those pesky IE dialogs with AutoIt 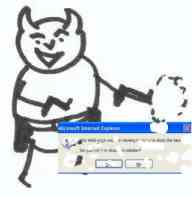 Over the years I have used and reused a variant of a single AutoIt script. The script basically polls windows for a dialog that matches a certain pattern and then performs some action.

I most recently used this to get rid of the IE dialog that pops up using Selenium with IEHTA asking if you want the web page to close the window.

So this script provides an easier way of getting rid of the dialog than sitting there clicking it (or shooting it) - after all, you automate so you don’t have to sit there.

The scripts as written get rid of:

I mentioned this script in a previous post - but I forgot to upload it. Hence this post.

I have included the compiled .exe version as well but feel free to download AutoIt and compile it for yourself - then you can learn a little more about AutoIt and the scripts.

Variations of this script I have used in the past include:

Should you not want to download it then I have pasted the raw script below: