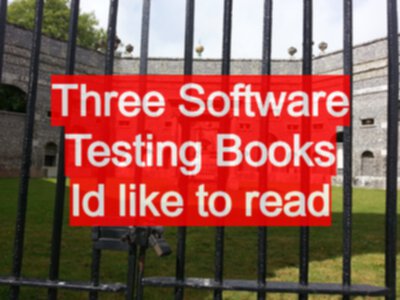 I have trimmed out a lot of my Software Testing books. And by trimmed, I mean, dumped or traded in on Amazon. I still have a few left, some because I see real value in them, and others because my hoarding instinct overrides my Zen de-cluttering zeal.

Here are 3 books I’d like to read. But they haven’t been written yet.

Apologies to the author’s and artists associated with the books I’ve based these new books on, but my desire for humorous pastiche overrode any concern that the original creative forces might feel insulted.  I picked on you because of your mythic stature in the Software Testing book world, because of the value that I took from you in my early years, and you met my needs.

The Art of Software Jesting 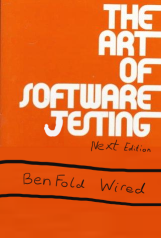 I think we take software testing too seriously. Or rather, we take ourselves too seriously. The danger being that Software Testing becomes a subject pumped up full of its own self importance, filled with pompous pontification.

e.g. “Exploratory testing must not be used as your main process. You must only use it after you have a stable system and have achieved coverage from your scripted tests.”

I don’t see enough evidence that we take ourselves seriously enough to mock ourselves.

Kings and Queens of olden days of yore took themselves pretty seriously, as did everyone else because their life depended on it. And yet they had a Court Jester to keep them balanced and reduce their hyper inflated sense of self importance.

Humour can help effect change, by laughing at yourself for beliefs with small amounts of evidence.

Projects are a ridiculous place to shouting matches.

I appreciate many people on projects don’t appear to have a sense of humour, and don’t take it kindly when you try and inject one into the project. But as a weapon to disarm and defuse a situation, it helps.

It helps me not take my approach too seriously. It helps me work with people rather than roles.

Evil Tester was born from a requirement to have a sense of humour and expose the ridiculousness in many of the approaches and attitudes that I had adopted in the past, and other people on projects had adopted.

So if you are really serious about testing - take it seriously enough to laugh at it. And start with yourself, and your processes, don’t start with other peoples.

Have you mocked your testing today? 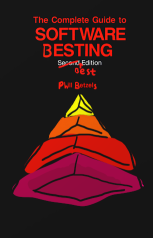 I think we all know that “Testing is not Besting the Software produced” but if you want a persona to adopt as you test then periodically adopt the “Bester”.

This thinking hat will let you approach testing in a different way than the other hats you wear.

You have to decide your own limits in your software testing approach, so make sure your limits allow you to exceed the the requirements for ‘goodness’, you want to be better than that. 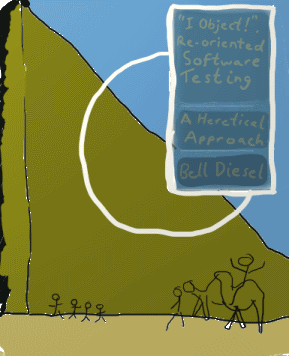 I think that we have to think heretically. We have to pursue the path that we consider true, treating all dogma as valid grounds for testing and evaluating alternatives.

Testers need to think and act differently, otherwise why would other Software Professionals want you on their project?

We need to make decisions contextually and based on knowledge, not from dogma.

You need to take responsibility for your test approach – and if that choice requires that you fly in the face of fashion and the masses, then I hope you do it.

The more heretics we have, the more we will advance in unexpected ways.

This is based on the Test Bash talk I gave in March 2012. You can read Marcus Gartner’s summary of it here

But what about you? What testing books would you like to read, that haven’t been written yet?