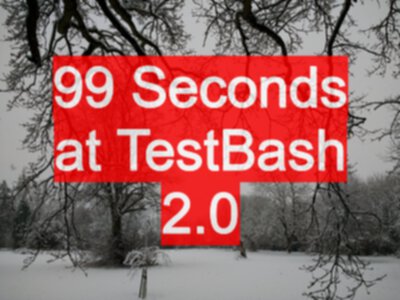 I presented a 99 second talk at the TestBash 2.0

I went to the TestBash with a different talk prepared, but it didn’t feel right for the TestBash so I created something else when I was there. As a result I forgot 1⁄4 of it, so I only hit about 70 seconds.

I don’t think anyone noticed, but I’ll link to the recorded video should it ever find its way online. (The actual video is contained within this vimeo).

So that I have a record of what I meant to say. I recorded the 99 Second talk at home.

The basic theme revolved around the same concepts as the talk I didn’t do. About ownership of the words that we use to describe testing. Something that I’ve talked about and blogged about before. But I say it again because I think the testing world will transform into something more effective when we take responsibility for the words we use and the testing we do. 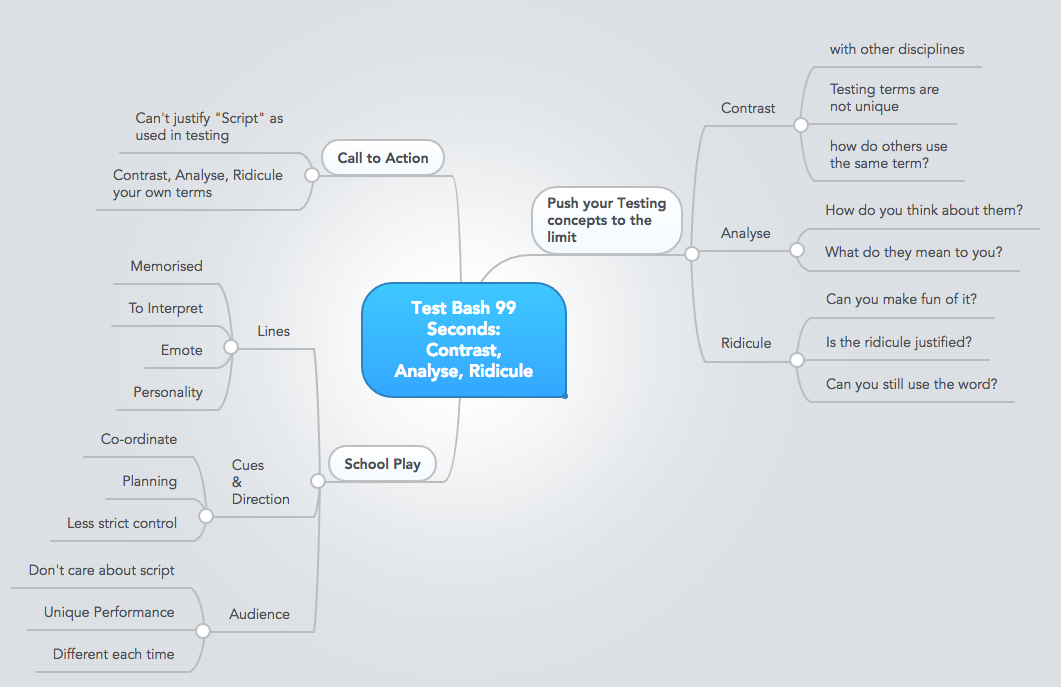 << What does a technical exploratory test session look like?
Think of a Word - a 99 Second Talk >>