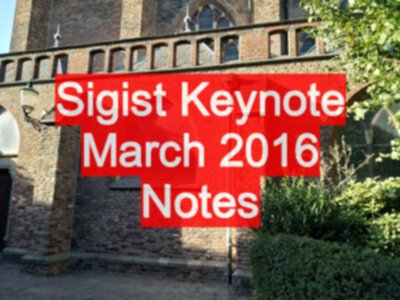 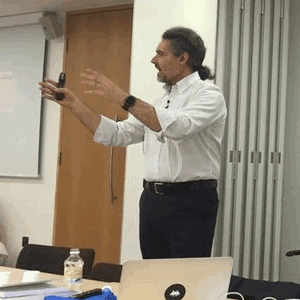 I have updated my resources page for the Sigist March 2016 Keynote to include the slide deck and the social media commentary that Lisa Crispin kindly provided during the talk. (The above photo was taken by Lisa during the talk)

The talk was possibly partially recorded and might partially make its way to YouTube. The Sigist team are experimenting with recording technology and experiencing the normal teething troubles associated with live video recording. I’ll let you know if the recording makes its way to live.

During the talk the Sigist kindly provided two copies of “Java For Testers” that we gave away as prizes, and I brought along a unique ‘proof’ copy of “Dear Evil Tester”, which I also gave away as a prize.

In the talk I was basically providing some case studies of using technical knowledge and skills to inform your testing. And gave some examples of the overlap between this style and security testing.

I also mentioned the Usborne computer books from the 80’s, many of which Usborne have released as free pdfs. There are a few on the website that I do not own, so I will read those later.

These books were a major influence on my career. I learned to write adventure games using “Write your own Adventure Programs”

A book that I previously mentioned over on Selenium Simplified where I describe the relationship between Keyword Driven Test Frameworks and Text Adventure Verb Noun parsers.

I still use the lessons I learned in this book, to this day.

I later augmented this information with another ‘Dragon’ book: