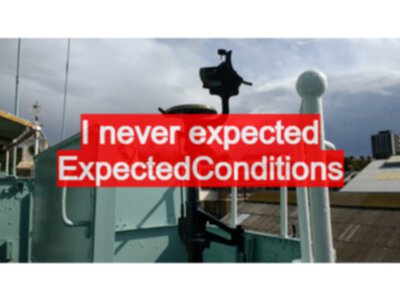 I was having a brief trawl through the Selenium codebase and noticed something I hadn’t seen before. An ExpectedConditions class which exposes a bunch of static methods to save me having to write code.

And it does save me having to write code.

For example in the past I would have written something like this:

This opens the driver to the page and waits until the Title contains the text “Selenium”.

And I had to write code to support this i.e. my TitleContainsCondition class:

But now, I don’t have to, the ExpectedConditions class has a method for this common contingency.

I used a similar approach in my production code, I typically have a factory for the ExpectedConditions so that I can write.

I’ll keep my WaitFor Class hanging around because it still does things that are not common to most folk, since we test applications which are domain specific.

And if you haven’t noticed the ExpectedConditions before, now might be a good time to try them out.