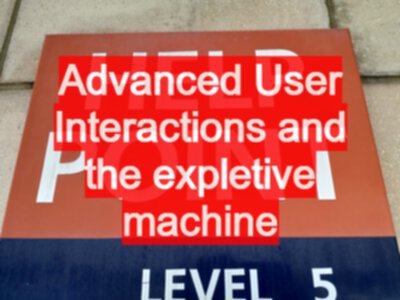 For the life of me, I could not get User Interactions to work properly. They just wouldn’t work. They used to work, last time I tried them. But now…

I found I wasn’t alone on the forums.

I used a simple user interactions experimental page which had enough to let me see what was happening:

Then I wrote the offending parts of the test code in a new test that I could run cross browser. You can find it in the WebDriverExperiments over on github.

And lo, on my machine, with the way I was starting the browsers, with my version of Selenium and the versions of the browsers I installed…

I got results I didn’t expect…

Wait a minute. Did you see that? That warning about firecookie now being part of firebug? I think Firefox just updated itself!

I had the most recent version of WebDriver, but an out of date version of Firefox.

OK, now I have to stop that happening ever again.

<< Because sometimes it's hard... some tips for "Working with WebDriver"
Categorising WebDriver–Navigation, Interrogation, Manipulation >>