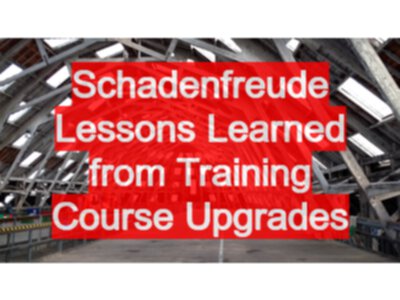 On a recent training session, I was describing to the participants, why we need to keep our environments stable, and not just auto update everything.

We need to keep our browser versions from auto-updating, and we need to treat each new release of WebDriver as a mini upgrade project.

As a quick example, I’m building the source code for a tutorial that I will present at Let’s Test, and I’m making sure the code works on the Mac. I also want to try and update WebDriver to the latest version so that I’m good to go when the tutorial rolls around.

So I upgrade the version of WebDriver to 2.41.0 on my Mac, and run the tests. And some of my tests are failing.

I assume due to Mac (cross-platform) incompatibilities.

But I’ve made a cardinal sin.

I haven’t followed my own advice for upgrade processes.

Fortunately it doesn’t take me too long to figure out that, I should really update the version of WebDriver on my windows box (where all the tests are running fine) first.

I do that, and I get the same issue.

And - as I mentioned in the course it has shown an error in my thinking, or assumption in WebDriver.

I’ve been using KEYS.ENTER to complete input fields. And now I need to use KEYS.RETURN

Before, it was an arbitrary choice for me, which one I used, but now, only KEYS.RETURN does what I want.

For some reason, that I haven’t investigated.

Very often with WebDriver, I’m more focused on what I try to do with it, than assuming it is a bug in WebDriver.

Here I think there is some nuance for the different keys that I haven’t understood, but I’m quite happy to change my tests to use KEYS.RETURN and have the tests working with 2.41.0, and with 2.40.0

Of course, I still have to fix the ‘real’ cross platform issues - see the next posts for that.

Posted by Alan Richardson May 1, 2014 - in Selenium Simplified Blog WebDriver