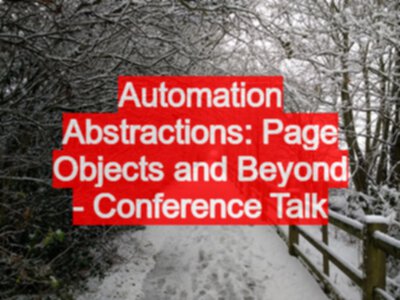 I presented “Automation Abstractions: Page Objects and Beyond” as a conference talk at Star West 2014 and Oredev 2014

Essentially the same talk, but Oredev had a slightly smaller timeslot for the talk, so I summarised the verbage a little.

I have uploaded the slides to slideshare

And the source code is on github.com/eviltester/automationAbstractions

The talk was filmed and recorded by Oredev, unfortunately the audio doesn’t appear to have recorded properly and is very quiet in their released vimeo video..

However, I have subsequently amended their video and re-processed the audio so you can hear it, and released it on YouTube and you can watch it below.