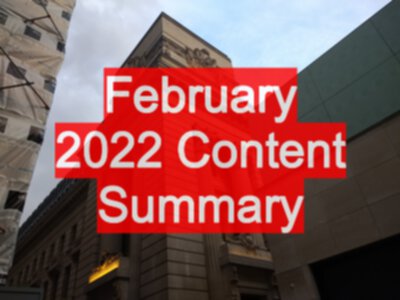 All the monthly summaries are in their own category if you want to browse (and the summaries index here).

The following items were all the content I found interesting enough to share or mention social media.

This twitter thread from Greg Whitworth has common pitfalls around Web Checkbox controls:

The open-ui component checkbox findings have lots of ideas for testing.

This Open API Spec Diff Tool looks interesting. A link to this was posted on Twitter by Jordi Cabot

Jordi also posted a link to 20+ JavaScript Libraries for Diagramming.

This free JavaScript to Rust ebook was interesting to help me learn a little more about Rust using my JavaScript knowledge.

There are many lists of tools to practice testing and automating available. I posted one of my own on twitter. A list of 25 applications to practice with

This was taken from a career guide page on eviltester.com that I am working on.

Mick Douglas posted a useful thread on defending against cyberattacks

Nikolay Advolodkin released the source code for a Java automation workshop he was teaching online. Reading source code written by other people is always useful.

I’ve been finding game speed run videos interesting and how they use game bugs to complete games faster and in unusual ways. This one for King’s Quest: Mask of Eternity has a lot of bypass bugs.

A curated list of resources for testing distributed systems from Andrey Satarin contains some interesting posts and papers.

I wrote a blog post for Free Code Camp to explain JavaScript CDNs.

In this podcast we discuss test automation biases and how to avoid them.

We learn by doing, trying to put things into practice in a controlled environment first, followed by application in the real world.

Does Software Developer really mean ‘programmer’? In this post we look at the definition in more detail and expand the remit to be an aspirational phrase.

To communicate as efficiently, clearly, and concisely as possible, skip your intros, jump straight to the value, edit out the fluff. Plan, Practice and then Communicate.

An over-reliance on ‘role’ descriptions often prevents us from evaluating the process and ensuring we get the results we want.

Software Testing Techniques are Model Based, not White/Grey/Black Box. The input model to techniques is often more important than the technique itself.

Content created and collated for EvilTester.com, Patreon and Social for January 2022

Focus on the reason behind the measurement. Use trends in measurement to help adjust strategy.

Working from a minimum request format as the base usage template helps avoid a lot of changes when the API changes.

Experts make stuff up. They don’t know everything. They have the courage to experiment.

Sometimes we know what to do, but aren’t prepared to do it. That does not mean we are not capable. In a different environment we might thrive.

How far should testers go in terms of investigating a defect? Should they Fix it? Depends, do enough to help the person next in the process.

Capability is hugely important when considering ‘What to automate’. Could We? Can We?

I’m starting to put notes together for my next podcast episode. And go beyond.. risk as the single value for deciding to automate or not.

One of the hardest things to do… is something different.

What happens if you find a bug and someone, during the investigation says ‘fixed it, but it has always been there’, and you know it hasn’t.

Notes on automating with official APIs with a worked example of Google Search Console APIs.

You don’t really notice how poorly something is built until you look inside. You don’t often look inside until it breaks. Then its too late.

A bunch of training handouts I found on my site that I had forgotten about - automating, java, apis, tech testing, public speaking.

it doesn’t do anyone any good trapped on my hard drive, but it might do someone some good if it is out there in public.

Some notes on note taking and periodic reviews.

Getting a job questions

Jumping back to the triangle application testing, I thought I’d actually do the domain analysis and ’test’ the app for that coverage model.

mp3 version of the Audio for Automation Biases Podcast

A behind the scenes post for the Automation Biases Podcast.

About getting back into podcasts.

<< How far should you go in your investigation of a defect?
Model Based Testing Thoughts >>