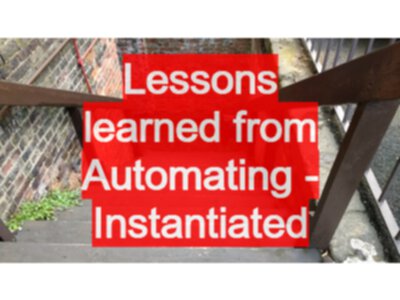 TLDR; take small steps when automating, keep your code working at all times, automate at an appropriate interface 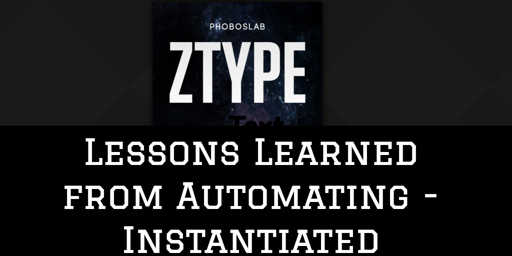 Working on a ZType bot reinforced a few lessons learned from automating that are important enough to draw attention to (again).

Your Code can gradually iterate to improve

The bot has been through a few iterations:

I scrapped the buggy bot.

I then moved a small step from 2 to 3 and gradually moved up to 5, it was much easier that way. Meant that the code could be changed in small chunks, so no ‘big’ unfinished changes being checked in, no need to branch by abstraction because the changes were so small.

You are allowed to stop improving the code

I can see some additional optimisations I could try on bot 6, but there comes a point when the code you have written to automate the system is ‘good enough’ and I think I’ve reached that point with bot 6.

The first bot is horrible.

And while the bot was doing its thing. I could manually play the game alongside the bot, so I essentially had a bot (or tool) supporting my personal interaction with the game.

And bot 1 was horrible to listen to - bzzzzzz, because of an error in the bot code (Even though it got the job done) watch bot 1 beat a human

My bot was essentially a single block of code.

I would much prefer for it to have been separate functions, which were individually testable and tested, with readable names, etc.

But it didn’t. I wanted to minimise the invasive nature of the code, so I kept it to a single anonymous function.

But, that didn’t stop me pulling out chunks of the code, to run them at the console, as though they were functions.

Breaking the code into small chunks will help you understand and debug your code, whether that be:

Break the code into small chunks and name them appropriately to aid understanding.

Write your code so you can read it:

Tips for Writing code for Hacking games in JavaScript:

Automate at the appropriate interface

Automate at a level that achieves your aims, with tools that support your understanding and process.

In this case, I automated:

This meant I didn’t need a GUI automation tool, and I had easy access to application model data.

Do not ignore risks. This approach to automating does not mitigate:

And the approach is not without technical risk. In theory, since I’m adding extra code into the application environment, my bot might interfere with the game.

But, it does demonstrate that:

<< Hacking JavaScript Games to improve your testing
Difference between hacking, cheating and automating? >>