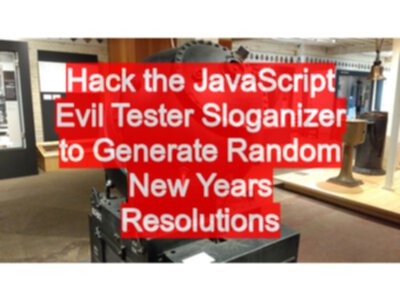 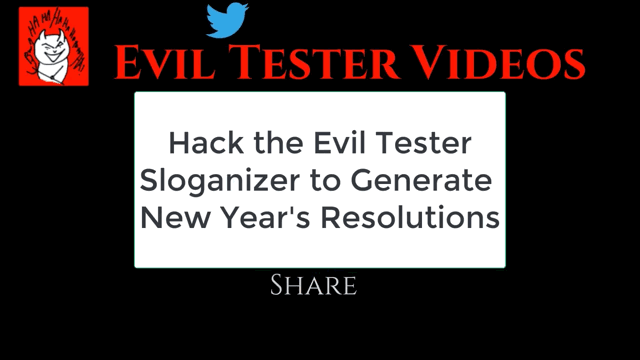 I wrote a blog post for the new year:

Then you’ll get a bunch of New Year’s Resolutions printed out to the console e.g. :

But what if, we want them to appear in the sloganizer itself?

Well, if instead of writing the console I wrote to the DOM, what would happen?

And what if we wanted a new resolution every second? Because we are such a flibbertigibbet that we can’t stick to anything?

Well, we’ve got you covered there too:

And when we are done, remember to stop it:

Exercise: As an exercise to the reader, the code above changes the DOM but doesn’t update the application status, so if you found a good slogan you couldn’t click Tweet This and have the system tweet it for you. See if you can change slogan to the result of process_sentence(sentences[30]) such that you could Tweet This if you wanted to.