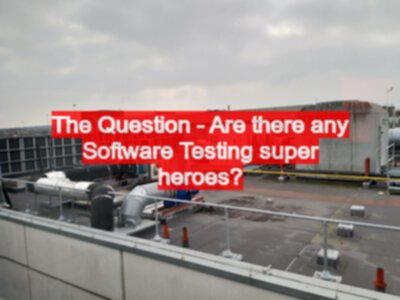 The Question - Are there any Software Testing super heroes?

I was tidying up some old papers and found an article I had forgotten I had written. “The Question: Are there any Software Testing Superheroes?”

This appeared in the Eurostar magazine that was handed out at Eurostar 2013. I can’t find any mention of this in my blog or websites when I search, so I’m publishing it here, a mere five years later. 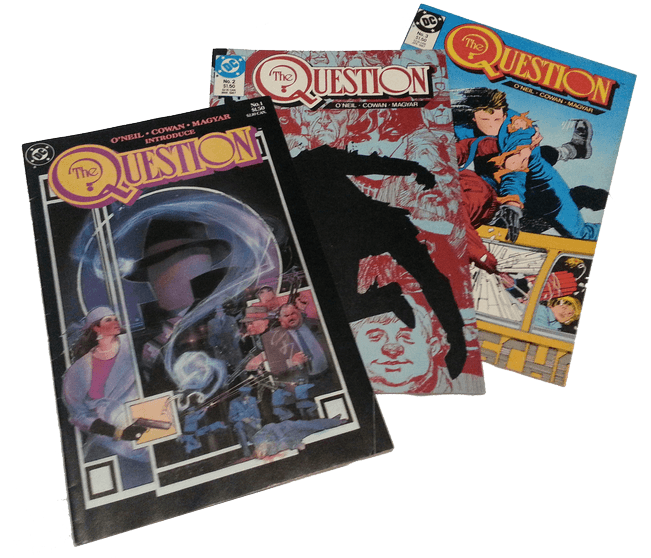 The Question: Are there any Software Testing super heroes?

I once thought that the closest pulp hero I could find to what I did was Jimmy Torrance, the hero of Edgar Rice Burrough’s 1921 pulp tale “The Efficiency Expert”. Jimmy was a bit of a blagger, who with the help of some book learning, was able to consult in a factory work place.

For the longest time, Jimmy Torrance seemed to represent how I, and the testers around me, approached our work.

Other people dictated the actual implementation of testing on projects. We were, after all, lowly testers, and our managers defined the strategy and process. I read pretty much everything I could get my hands on, but everything I read seemed to support the processes we were using. The same processes which weren’t working; the test process we used was too painful, wasteful and unwieldy.

In those days I approached testing as though it were exclusively in the realm of IT, so I drew upon the techniques I’d learned from programming and software design. I conducted efficiency experiments around the automation of my process, and they helped remove some of the intermediate waste, but still didn’t go far enough.

How was I going to learn to go further?

“You’re a fool. An arrogant, incompetent, dilettante. The only reason you’re breathing is that you’re obscenely lucky. You blunder into danger with no training, no plan – no purpose except to feed your ego and give yourself a few macho thrills… You can’t half do what you were doing. It’s got to be full-time – your need, your obsession, the engine that drives you. It’s got to be who you are.”

The pep talk above was scripted by Dennis O’Neil for Issue #2 of “The Question” published by DC in March 1987, the words were speech bubbled to Batman as he provided a pep talk to the eponymous hero on page 12.

That was good advice from old Bats. “The Question” began to work with a wheelchair bound master called Richard.

In response to The Question’s “What are you gonna teach me?”, Richard says “–help you learn…”

When I started looking through the testing books, none of them set out to help me learn. They all provided absolutes and answers. Unfortunately I was looking for answers, but I didn’t actually have any good questions. I just wanted to know what to do.

Instead, I really needed to learn how to question.

You have so many paths open to you when you learn the art of questioning.

If you start with IT questioning you’ll probably very quickly learn about the 5 Whys. Attributed to a problem solving approach adopted by Toyota on the production line. I’ll summarize the 5 Whys as: when something goes wrong, ask why 5 times to get to the root of the problem.

I have an aversion to this approach. Why? Good question. And the answer you will receive has nothing to do with the actual reason for the aversion, it has to do with my beliefs about the aversion, and how I communicate my beliefs to you at that point in time.

I worry that I will, in the words of Fritz Perls from ‘The Gestalt Approach’, “join the group of worrying grandmothers who attack their prey with such pointless questions as ‘Why did you catch that cold?’ and ‘why have you been so naughty?’”.

Fritz Perls suggested that therapists ask questions about ‘how’, rather than ‘why’.

So now we have two questions. But how to choose them apart? 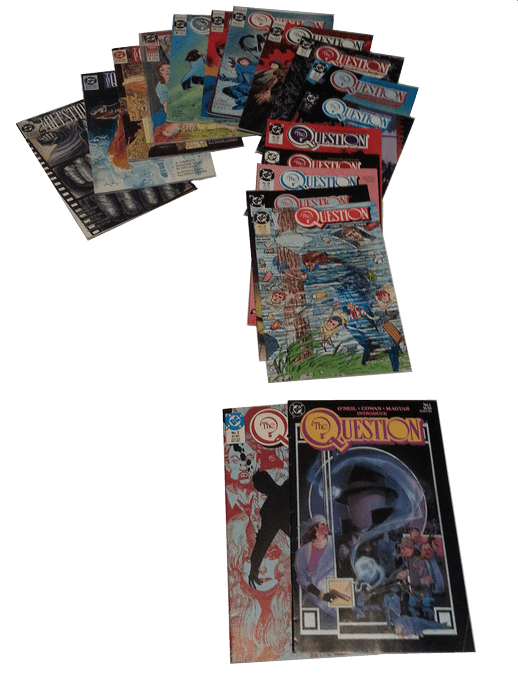 I studied a questioning model called “The Meta Model” which forms part of the Neuro-Linguistic Programming canon, it provides 3 major categories to tackle via questions: Distortions, Deletions, and Generalisations.

And what influenced the people above? Bertrand Russell, Classical Philosophy, Zen, Taoism, and more.

Many people will give you references that they used to build their approach to questioning. And some may well gel with you. Some will offend you. Some will waste your time.

I recommend you direct your own learning. You can help yourself learn, by looking at the topics you are already interested in, and asking “Where did these ideas come from?”. Look at the bibliography of your favourite books. Read the books that your favourite authors read. Go back and study their sources.

The Eurostar theme of “Questioning Testing” provides you with a perfect excuse to ask people, not “why?” but “What happened when you did that?”, “What evidence do you have to support that view?” and “What would happen if you did?”. Ask the speakers for their sources, their evidence. Ask the other delegates about their experiences, what worked, what didn’t and how they know.

You might even want to disagree with me siding with Fritz Perls. Good. Experiment, and alternate, between asking “Why?” and “How do you know?”

And that brings me back to The Question. Every issue of “The Question” had a recommended reading text at the end. Dennis O’Neil provided the protagonist in The Question, Charles Victor Szasz, with a back story as a philosophy major at college. Many of the recommended texts were associated with belief systems and, unsurprisingly, questioning belief systems.

I vote for Charles Victor Szasz, “The Question” as the tester’s super hero.

And I suggest you identify your own.

Images are comics from my Comic collection photographed by mine own hand.

forgot i had written this article for Eurostar conference magazine back in 2013. will upload to my eviltester.com soon