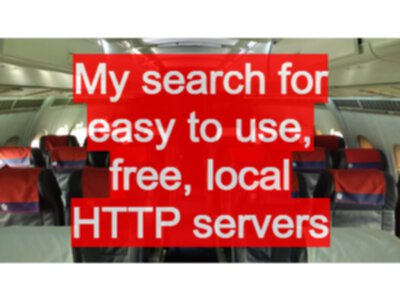 My search for easy to use, free, local HTTP servers 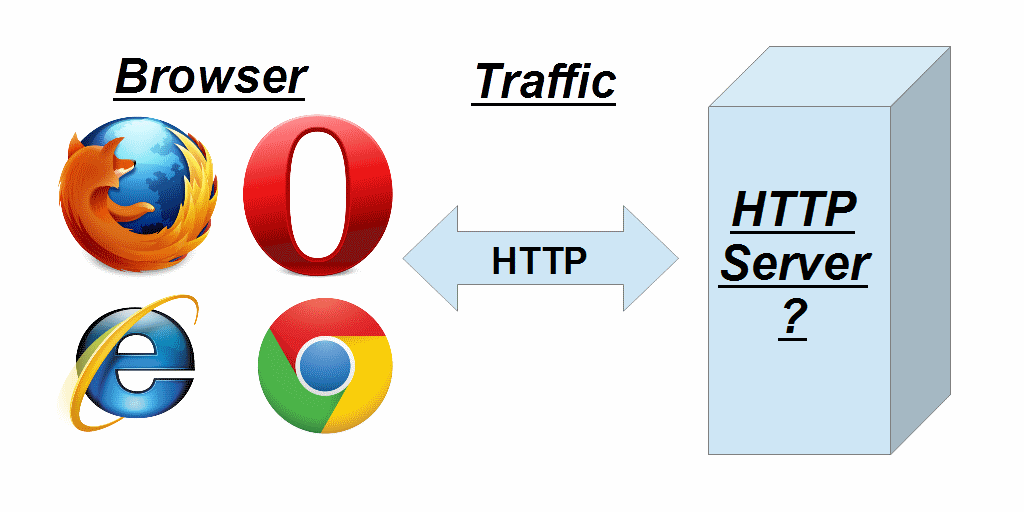 I have lost count of the number of times I’ve had to look for a local HTTP server.

And since this isn’t something I do every day. I forget how to do it, each and every time I start.

Now it might just be me that faces this problem.

If so, I expect you have already stopped reading.

I have used some of the biggies:

And I probably still have them installed

And some of the tinies:

And some others that I can’t remember.

All have been useful at the time. Sometimes I tried to install one but couldn’t get it working on client machines because of permissions etc. etc.

I started looking around for alternatives that I could use during training courses, webinars etc.

Some I have not used

Prior to writing this post I was aware that Python had the capability to start up a small http server from the command line, but I hadn’t used it. After publication, Brian Goad tweeted his usage of Python to do this.

could be easily used as a function that takes the dir as argument:

After Brian’s reminder I had a quick look to see what other languages can do this:

One thing I started using were virtual machines that have software installed already and don’t require a web server e.g.

These are great for getting started quickly, but require a little download overhead - which can be painful over conference internet connections.

Sometimes I set up machines in the cloud, preinstalled:

A simple one liner for Ruby users:

Just navigate to the directory you want to serve in your command line and then run this, assuming you have Ruby on your system. But you can’t go wrong with Python, either.

If you are on a *nix platform and want to capture the stdout/stderr streams to a file for reference later, simply add “2>&1 | tee outfile” to the end so it looks like this:

In a nutshell, you are telling your Ruby install to:

<< Agile Testing Days 2014
Switching between Java versions on a Mac >>