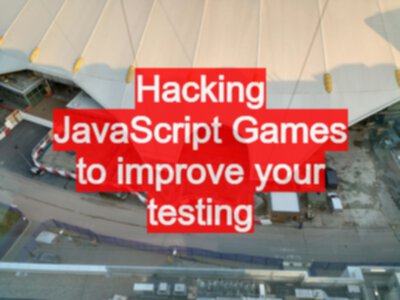 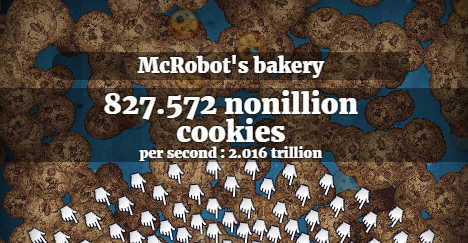 For the last 6 months or so, I have, on and off, been learning to code JavaScript. That process has mainly involved:

I’m going back to the good old days when we could ‘break’ the ZX Spectrum game and view the source, or disassemble the games on the Atari ST and hook/hack them through debuggers and monitors.

To do all of that now, JavaScript and the Browser Dev tools are perfect companions.

Learn How to Hack Games

I watched Philip Hödtke’s talk from JS Unconf 2016 yesterday “Hacking Games and Why You Should Do It.” and added a few new techniques into my ‘cheating/hacking’ repertoire.

I encourage you to watch Philip’s talk.

After watching Philip at work I realised:

After watching I went off and tried the cookie clicker game that Philip demonstrates.

But I test things, why should I care?

I describe an example, later in this post, of a one line automated ‘bot’ that could play a game better than a human (me).

And I did quite well. 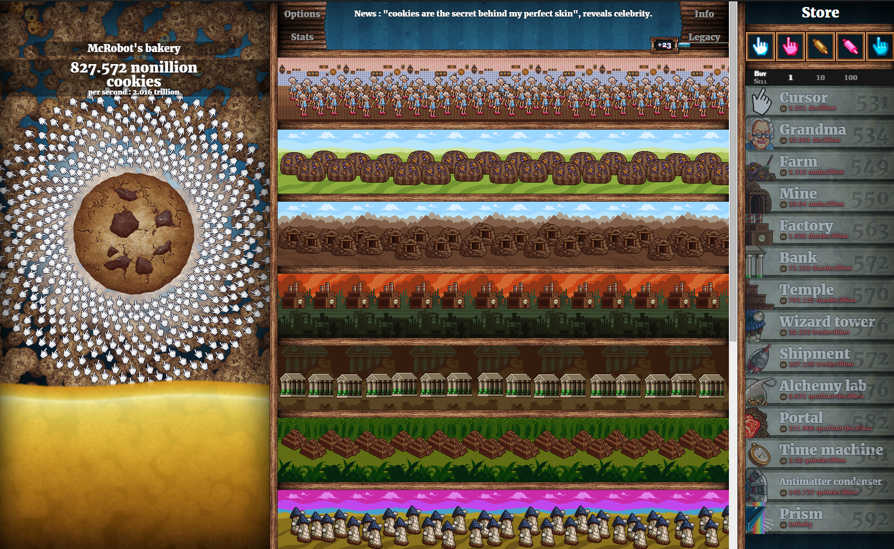 I used a slightly different approach than Philip used and found that for loops worked better for me than setInterval when manipulating as I explored, in this game.

Go beyond the for loop

I went off to find games where setInterval was a better fit for me.

I had a few false starts with other games that looked promising but which either:

I tried some typing games but encountered the “how do I trigger keyboard events” stumbling block.

Automating ZType from the console

And then I went back to that old favourite zty.pe.
I’ve played zty.pe before. I really like it.

I suspect I might end up playing z-type quite a lot https://t.co/Un6YG2SrKx just to improve my typing you understand.

Given both of the above. I really like ZType even though I’m not very good at it.

If you can’t trigger keyboard events, how could you play ZType?

Yes, I know what you’re thinking.

Well, zty.pe is pretty well designed. It’s almost as though it was built to be tested and automated.

If this was an app you were testing and automating, it means that you can automate most of the app by calling the ‘shoot’ method. And leave the risk of ‘do keyboard events fire on this platform’ to a much reduced test scope with a different test approach.

I only managed to reach level 15, but my automated ‘bot’ reached level 93. You can see the results of my automating here on youtube.

I’m not going to explain exactly what I did since that would ruin the fun. And the video doesn’t show you how either.

Unfortunately, and you can see this in the video. The bot is highly inefficient. The bzzzz noise from the bot is when it is firing, but missing. And it misses a lot, given its 1% efficiency rating. So I’ll investigate how to make it more efficient as a training exercise for myself later.

But I’ll give some additional tips, some you might see in action in Philip’s video:

And do make sure that you don’t submit any high scores after ‘cheating’ or ‘hacking’ in this way, it is most annoying to other people. A proxy tool can help avoid you accidentally sending a high score by blocking any high score submissions e.g. Fiddler’s auto-responder works well for this.

When you hack/cheat at JavaScript games in this way, you are developing skills that will transfer to your testing:

If you find any good games to play with then let me know.