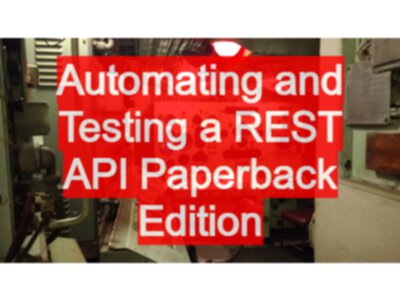 TLDR; My new book Automating and Testing a REST API is out in paperback on Amazon. 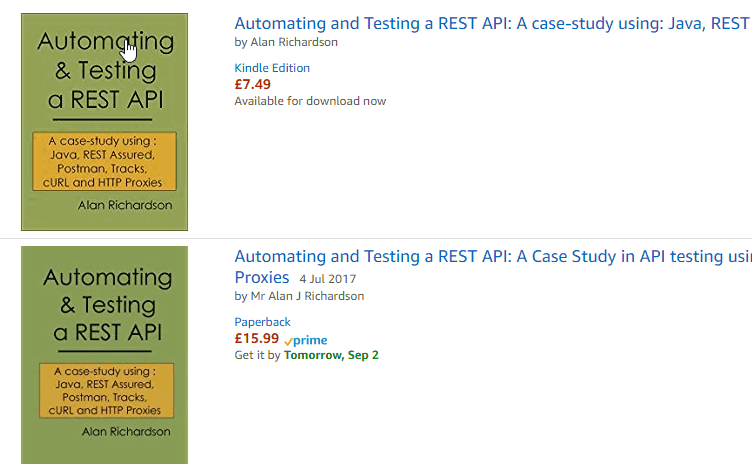 My Case Study book “Automating and Testing a REST API” is now available as a paperback on Amazon.

It has been out as an ebook since January but I wanted it to:

Based on comments I added three or four new chapters to go beyond the set of topics that a Case Study could provide and the book now has generic information on:

This makes it more suitable for beginners and has more information to allow you to apply the lessons learned in your own projects.

Why A Case Study?

I wanted to write a Case Study because it shows the actual code and techniques in action on a real system.

A Case Study is also time-bound, which means that it represents a valid set of information and topics against a particular version - if you download that particular version of Tracks then the code and examples work out of the box.

A Case Study allows me to show workaround for real world issues e.g.:

Also, it shows the flow of the testing process so I move from:

Just as I was about to go to press with the book. Bitnami, whom I was recommending as the main source for a VM for Tracks, discontinued the VM. So I was forced to rewrite one of the chapters.

This was actually a good thing as it means that the book can remain stable, and I will use the book’s support page as a place for adding updates on how to install the software, and will add more videos there over time showing little nuances and asking questions.

This makes the book ‘slightly more alive’ as the text actively encourages the reader to use the support page and that is now an official extension to the book, rather than just an errata page.

This has resulted in a slim, but still 260+ page book which is pretty dense with examples and tool coverage. A book which I have next to me as I automate REST APIs because it is currently my reference guide for cURL and REST Assured.

Should you buy it?

I have found it a useful book to both write, read and refer to as I test and automate REST APis.

I’ve priced the book low because I want it to be affordable to as many people as possible.

If you are not sure yet then I recommend that you:

This is not the end of my writing, teaching and experimenting with REST APIs so if you have anything you’d like me to cover in the future then do let me know. 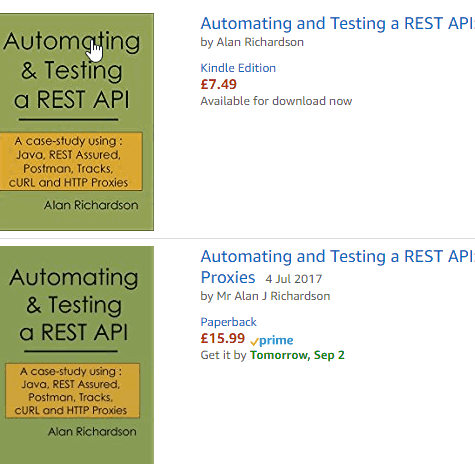