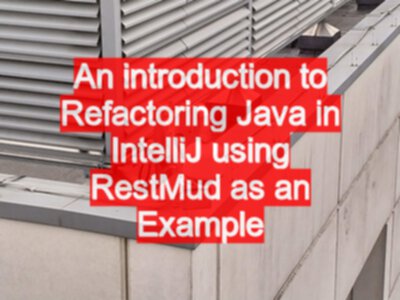 TL;DR Never too late to refactor. Do it in small chunks. Protected by tests. Using IDE to refactor. 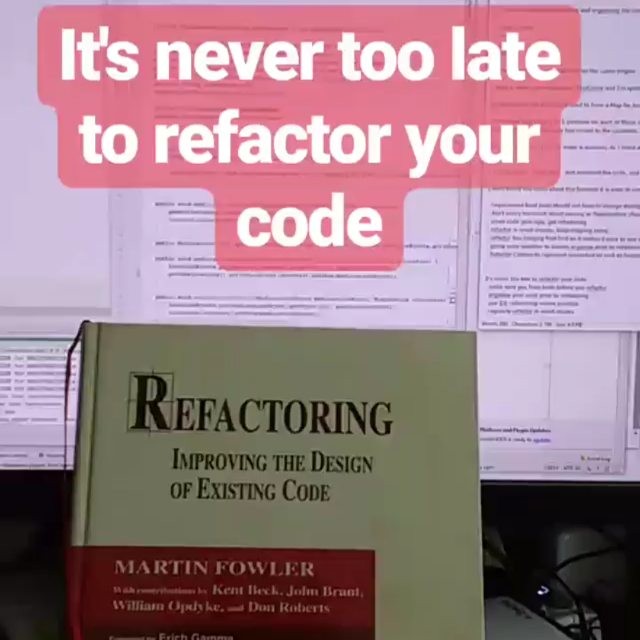 My RestMud game grew organically, I do have a fair bit of Unit testing, but I also perform more integration testing than unit testing.

The good thing about this approach is that the integration testing represents requirements i.e. in this game I should be able to do X, and my integration tests at a game engine level create test games and check conditions in there.

These tests rarely have to change when I amend my code.

I’m now refactoring the classes and organising the code to have 4 main sections:

At the moment I’m concentrating on the Game Engine.

I have a large main class called MudGame and I’m splitting that into smaller classes now.

Refactoring from Map to POJO

As an example my MudGame used to have a Map for locations, and collectables and messages.

This meant that I had 4 or 5 methods for each of these collections in my MudGame, I have now only a few high level methods in Game and most of the code has moved to the Locations, or Collections object.

As I was doing this I had to make a decision, do I make a public final field, or do I create a private field, with an accessor method.

I initially chose public final and amended the code, and then changed my mind to have an accessor method.

I don’t worry too much about this because it is easy to use IntelliJ refactoring to rename and wrap fields in accessor methods.

To an object that manages locations, which contains all the code methods that were on MudGame

I chose to make the field public initially, then I refactored using “Encapsulate as Method”:

Sometimes when I have a method that is small and doesn’t really add any value because I delegate all the functionality off to another Object, I might choose to inline it:

When I inline this then anywhere in the code that had:

Some Tips for Refactoring

It’s never too late to refactor your code.

In the video you’ll see:

An introduction to Refactoring Java in IntelliJ with a live demo using RestMud Game. I talk you through what refactoring is, and show examples of in built refactoring functionality in IntelliJ.

<< Nordic Testing Days 2017 - Keynote, Workshop, Tutorial
How to use your testing skills to bag a SNES Classic Mini Pre-Order >>