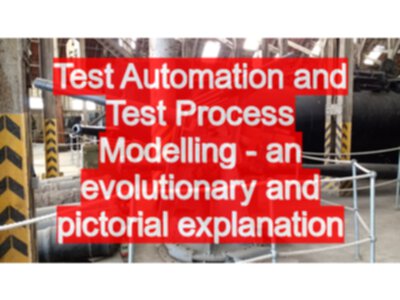 TLDR; Historically we modelled testing as something that we wanted to automate, but the tools didn’t help, so we automated entity management and that has led to a mistaken view of “Test Automation” instead of “Automatization as part of a software development and testing process”. 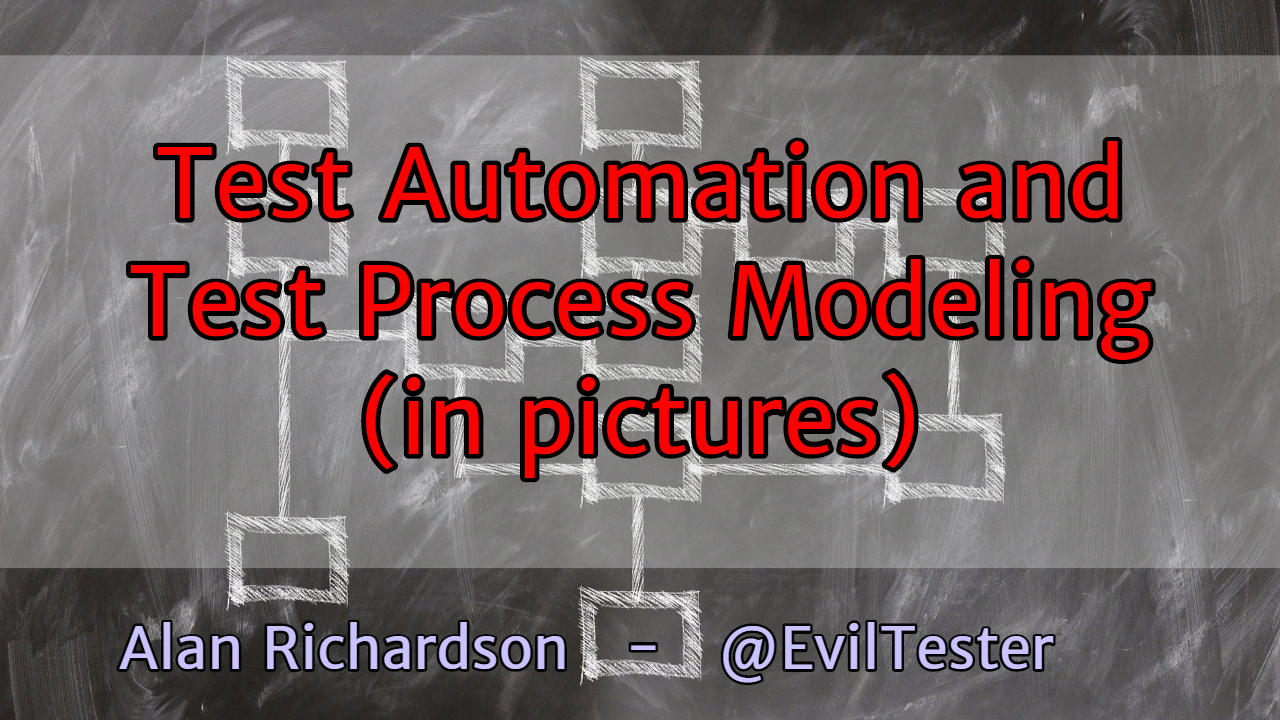 All this and more…

What does testing do? Provides Information?

This is what we are told.

We need to Unpack this model to understand ‘How’.

How Does Testing Produce Information?

I think of “Information” as something that surprises me. Data only does that when I try to compare it or fit it into a model that I already have.

When communicating to other people, we have to ‘model’ the data as Information, so they can compare it against their model of the subject being discussed.

But its only really Information if it helps them expand or refine their model, otherwise it is just noise or data.

We want the testing process to provide information. Testers, and the people doing testing, convert the data into information.

Basic model of a Testing Process

Modelling is key to an effective testing process.

A Traditional Model of Testing Process

That’s a bit big, so let’s simplify it, to make it easier to understand

Now let’s look at that again

On waterfall projects these entities became necessary because we could not compare our Model of the System to the actual System as it was being developed because it wasn’t ready or runnable for years.

The batch process of development forced, a batch production of Analysis materials that we had to formalise to manage them effectively and cope with multiple people joining/leaving projects over the course of the years of development.

This is not really the sort of efficient process that you want to model in tooling. But that’s what we did.

We really wanted to automate, but couldn’t, so we used all the ‘words’ associated with automating. But then hired people as script interpreters and executors. We skipped all the ’learning and model building during execution’ part of the organic test process.

We can actually track ‘progress’ against plan, because we built everything we were going to do in advance.

Obviously this impacted our ability to adapt as we learned about the software, but we were finding defects and had created so much material to work through that no-one seemed to really mind. And anyway - many projects were cancelled either before testing started, or during the test execution phase that it didn’t seem to matter.

Very easy to create a process support tool to do this

But we have things in the Models that we haven’t really scripted against, and exploring them and comparing against the system actually makes more sense.

We just added Information and learning back into the Testing Process.

We did actually do this in Waterfall projects because we knew the scripts didn’t cover everything, so as we exectuted them we also did other stuff on the side that we couldn’t tell anyone about to actually make sure we tested the application. In order to raise defects we had to either amend and fudge the scripts or add new test cases and scripts to cover the situation we just tested.

We could have just changed the process, and in some projects we did and formally adopted exploratory testing in combination with scripted testing.

Eventually we stopped writing such detailed Test Scripts. And as tools to automate applications became better and cheaper we were able to write those Test Scripts as code and assert on specific conditions we wanted to check on a more regular and repeatable basis. We called that “Test Automation”.

What if we make it clear what is ’testing’ and what is Automatizable?

The model that we automate is a subset of the model which we use for exploration.

Maps on pretty well to ATDD, BDD, Specification by Example and Model Based Testing. And we can see that those processes are a subset of our broader model coverage that we want the Test Process to target, fortunately the Exploration process can target that.

And really we are not longer automating “Tests” or “Testing”

We are automating those conditions or requirements or examples or acceptance criteria that we want to see continually checked and asserted on, and the execution data continually reported.

“Test” was just an artifact left over from our earlier models.

If you model the process that you work with, or the processes you’ve been involved in, what conclusions do you draw from your experience? What information do you gain that will help you refine your model of Testing?