I presented a one day workshop on Technical and Exploratory Testing in London, as part of Black Ops Testing with Tony Bruce, Steve Green, and James Lyndsay. 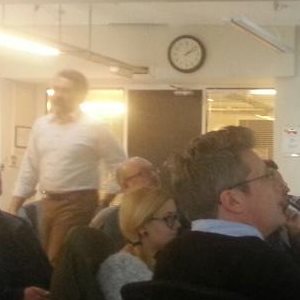 In January 2015, the Black Ops Testing Team (of which I form part) presented a one day workshop in London at Skills Matter.

The Black Ops Workshop are very hands on. We believe that people learn best when testing, so we have them test.

Each of the Black Ops Team, will have tested the target application prior to the workshop, so we know some target areas, and we have experience of testing the application in different ways.

For this particular workshop, I concentrated on:

I wrote up some of the experiences of API testing on the eviltester.com blog.

We gave the attendees a stack of material to work from in their own time, and with luck you should see some of that material made public in the future, either as an online course or an e-book.