Two keynotes presented at the Software Development Summit 2013 in Helsinki. Experiences of Exploratory Testing in Agile, Testing, Dev and QA and My Quest for Silver Bullets 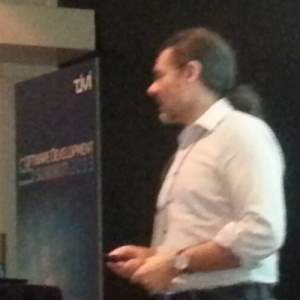 December 2013 in Helsinki, at the Software Development Summit 2013, I presented two Keynote talks:

I was fortunate in being asked to perform a keynote, and asked to fill in for a keynote speaker who unfortunately couldn’t attend, so I did two keynotes. Lucky me.

Experiences with Exploratory Testing in Agile, Testing, Dev and QA

The first was a talk built especially for the event entitled “Experiences with Exploratory Testing in Agile, Testing, Dev and QA”.

I was asked to share my experiences and lessons learned with exploratory testing across multiple disciplines because the audience included QA, Testers, Developers and Agile team members.

Slides for ‘Experiences of Exploratory Testing in Agile, Testing, Dev and QA’ on Google Docs

My Quest for Silver Bullets

The second was a slightly updated version of a talk that I previously presented at TestNet 2013 “My Quest for Silver Bullets”.

Slides for Helsinki version of ‘My Quest for Silver Bullets’

I managed to catch up with Kristian Karl and learn more about the CI and testing regime at spotify, you can watch his Eurostar conference Experiences of Test Automation Webinar online.

I was able to quickly hang out and see a few of the twitter enabled attendees: Johan Atting, Johan Jonasson, Aleksis Tolonen, and Maaret Pyhäjärvi

I did receive a pointer to FreeNest - an open source platform put together by students which is designed to help teams get up to speed with a set of collaboration tools on Ubuntu quickly.

But it was all over very quickly and I had very little time to chat with Ilari Aegerter or Gojko Adzic.

The only downside I had was that I had to miss Gojko’s Keynote because I thought I was flying out early. Of course the London Fog had other ideas so instead of learning from Gojko, I was stuck at the airport instead of enjoying the end of the conference :).