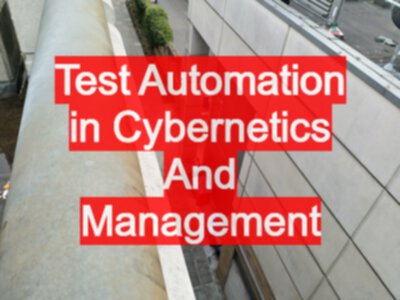 Test Automation in Cybernetics And Management

I recently re-read Stafford Beer’s 1967 “Cybernetics and Management”. An overview of Cybernetics and its derivation from Operational Research; because its examples use organisations and teams, it provides immediate relevance to my work. 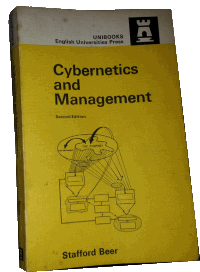 I re-read this because I like to understand ‘automation’ from a more historical perspective, rather than focus on it from the perspective of ’test automation’.

A paragraph towards the end of the book stood out:

" … Automation, in short, has turned out to be an unfortunate word, because it seems to say that there is something there to be made automatic. That is to say “automation” seems to imply that we know what to automate, which is by no means true. "

I have come to view ‘Automation’ as “an unfortunate word” and in some of my Keynotes fron 2015, I recommended avoiding the use of the ‘automation’ word altogether.

As a word, ‘Automation’ can be interpreted as:

… possibly other interpretations that I can’t think of at the moment.

Automation as a process

The process of automating something doesn’t present as many problems when communicating if I avoid the ‘automation’ word.

And that fairly clearly summarises my current task (if we know what ‘X’,‘Y’ and ‘Z’ refers to).

If I replace ‘automating’ with ‘automation’, then I communicate with more ambiguity:

And if I do, I probably inserted ’test automation’ as a marketing phrase because I think the listener will zone out when I start talking about the actual details of my task.

Against Automation as a Thing

We can count Things. We can cost Things.

Which has a tendency to encourage work and discussions mired with red tape.

If we avoid the word ‘automation’ then we can avoid much of this.

What other words can we use?

Norbert Weiner wrote a paper called “Some Moral and Technical Consequences of Automation” where he uses the word ‘Automation’ in the title.

A good copywriting technique involves using words that your readership understands, so that they then read the next sentence in the article, and keep doing that to build an effortless flow through the article. A technique I have yet to consciously exploit.

In the body of the article itself Weiner uses words such as: program, automata, automate, automatization, strategy, machine, automatic, programming, etc.

Words which are very specific in their meaning, particularly when read in context.

We know what to automate

And back to Stafford Beer,:

‘automation’ seems to imply that we know what to automate, which is by no means true

The conjoint concept ’test automation’ has the issue that because it relates to ’test’ we might look at the visible portions of ’test’ and then ‘automate’ what we see or have the ‘automation’ done by the people who ’test’.

Rather than looking at the system of ’testing’ and automating to improve or change the system.

We can automate to expand our possibilities rather than simply automate existing parts of the sub-system and then work around those.

Earlier in the same book

“The machines worked very fast, and looked like replacing large numbers of clerical staff - consequently the costing exercises indicated a favourable outcome for the machine. In the event, the staff savings were normally over-estimated; and the typical picture become one of disappointed managers finding that, after very intense effort and many teething troubles, they had acquired a new procedure which was not much better than the old - and certainly not much cheaper.”

I think I’ve seen this written in terms of a ‘Test Automation’ issue.

“.. is is common nowadays that large companies boast about the *number* of computers they have… one looks in vain for accounts of the astounding new modes of control which have been made possible…”

Because ’things’ are countable. And I view having more ’things’ as better than having fewer ’things’.

On page 217 Stafford Beer hits us with a reframe:

“How can I use the computer in my enterprise?” … the question was wrong. A better question would have been “What should my enterprise be like, now that computers exist?”

It can take experience to answer this because you may not know the possibilities that have been opened up.

But if you have conducted experiments with various tools and approaches then you can start to expand your view of how automating might help you adapt your test process the the future variety in the System of Development.

And an easy first step? Stop using the word ‘automation’.

Like most Stafford Beer books “Cybernetics And Management” tends to sell at inflated second hand prices, but you can usually find affordable copies online if you keep an eye out.

<< Agile and Automation Days, Poland, Krakow November 2015
Technical Testing with MS Edge and "the user will never do that" >>