Manual QA is dead. Companies are getting rid of their QA teams. What can we do instead? 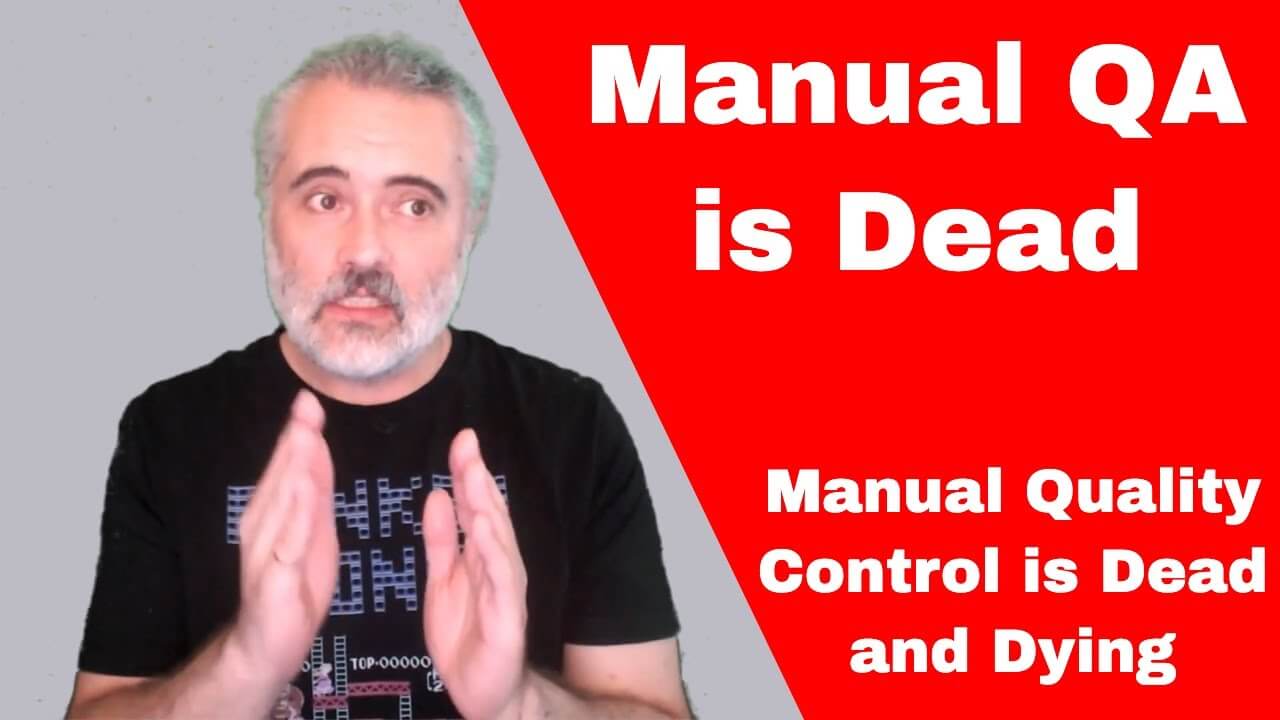 Manual QA is dead. Companies are getting rid of their QA teams. Quality Control performed manually is phasing out of style. What can we do instead? Become coaches, assistants or advisors? We could become developers? Or we could be better testers. QA and Quality Control is not Testing. This might be how people learn.

This was released to Patreon supporters early, with full transcript and no ads.

We will all have heard of companies getting rid of their testing or QA teams. So how do we respond to that from a testing perspective?

Testing as a ‘process’ has always evolved to fit the project, so this isn’t really covering the ‘process’, this is more looking at the ‘role’ of the Tester.

Note: “Manual QA is dead”, not Software Testing or Manual Testing is dead. Manual QA. I’ve always made a distinction between QA and Testing so… I’m not actually that concerned when companies get rid of their Manual QA teams. Why is that?

So first… what is QA?

Then we have historically lumped “Testing” into QA:

What does Getting rid of QA mean?

Companies are trending towards getting rid of the QA

What leads to people getting rid of QA teams? Because they were mainly doing inspection and not testing.

Anything that people look at and think “we could automate that”.

Teams will try and automate that.

Testers are at risk when they are involved in a Quality Control process.

Development practices are making it easier to add a lot of automated inspection and process control into the development process.

Testers need to distinguish themselves from Quality Control.

How can testers distinguish themselves from Quality Control?

Specialism based approaches that seem to be in vogue:

Risks associated with this:

The risk is that this is focusing on the ’easy’ stuff again.

A missing Specialism approach is:

The easy stuff is taking a requirement and seeing if it has been met.

The hard stuff is:

A lot of this is stuff that people never had the time for because they were too busy doing inspection that could have been automated if we had only taken the time to do it.

The risk with being a Better Tester occurs when companies equate Testing with QA.

So better testers need to demonstrate the difference.

Testers will also be able to describe the risks involved in removing the manual QA processes.

Testers will be able to explain how “testing” fits into the idealised Automated QA process.

Testers have to advocate for testing.

Another specialism approach is:

Expanding your skillset so that you can work alongside the programmers, not by coaching or mentoring them but by developing alongside them.

This is the hardest approach.

Software Developer is a master of the entire development process. This is an aspirational goal.

One of the benefits of a tester adding more development skills to their portfolio is that Software Development is incorporating more and more of what has traditionally been associated with the Software Testing role.

Software testers can expand their role by developing knowledge of more of the software development process.

Equally, programmers can expand their role by developing knowledge of more of the software development process and including testing.

No-one is getting rid of testing. People are automating inspection.

Manual forms of inspection are being removed. This should actually help testing and testers by freeing up more time to do good testing.

Automating inspection has the built in risk that all the stuff that good testers find when they are not busy ticking off requirement compliance will not get done.

Good testing skills are required. Companies might not see that.

So demonstrate them either by expanding your skill set so that you become a better developer than other people, or become a better tester than the organisation has ever experienced.