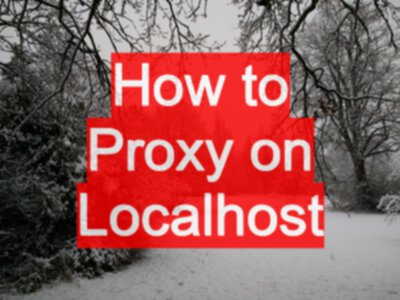 How to Proxy on Localhost

TLDR; Use a proxy against localhost by using your machine name or private ip address from ifconfig (or ipconfig).

One issue we might experience when working with locally installed applications or testing apps running from a local docker container is that they run on localhost, and we might want to proxy them.

Using this ip address is the most generic approach for using a proxy on your local machine and should work regardless of which proxy you are using.

When I want to find the ip address on mac I combine the ifconfig with a grep to make viewing the output easier:

Charles proxy supports the address http://localhost.charlesproxy.com so you could add the port on the end of that and your traffic should appear in Charles.

Fiddler supports two special case addresses to use instead of localhost

<< How to model data shared by Page Objects?
How to Ask for Help and Support Online >>