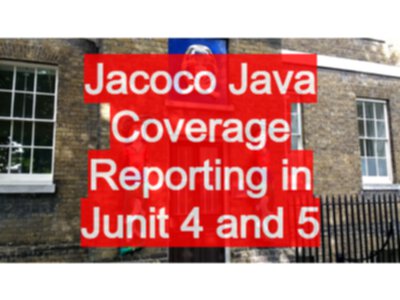 Jacoco is a code coverage tool. This means that when the Java code is run you can see a report of the executed code. Normally we execute code with code coverage instrumentation during the execution of Unit tests, to help identify what code is executed during the running of those tests. Execution of code does not mean that the code was ’tested’ as it might have been executed in passing as another test was run. But it is a useful indication that some code is not even exercised during testing. It is also a very useful code review tool, when running a subset of Unit tests to make sure that we covered enough code.

This post might be useful supplemental reading where I describe the use of code coverage as a review tool.

Jacoco can be found online:

Adding Jacoco into the pom.xml build

Add Jacoco into the build section of the pom.xml

And add Jacoco to the reporting section

I kept this as simple as possible with no changing of the configuration.

I didn’t add any build failing checks on coverage percentages into the build.

To run the build and generate the code coverage report use:

You can find the supporting source code for this over at:

You can find more code coverage examples in: